Primary Colors: A Novel of Politics 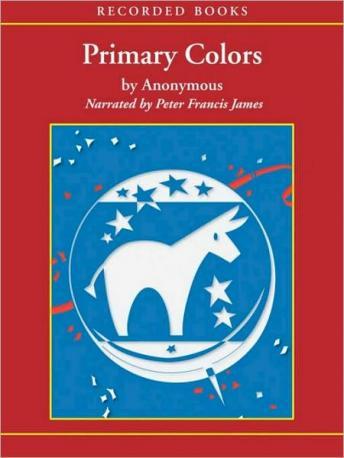 The best politcal novel of the year by a landslide, Primary Colors is the riveting story of a governor-from-a-small-state's quest for the presidency, and a jaded Beltway insider's search for a leader to believe in. Spending nearly a year on the New York Times best-seller list, this blockbuster novel has sold well over one million copies. Primary Colors offers a richly detailed look at life on the political stump. As former congressional aide Henry Burton is dazzled and lured into presidential hopeful Jack Stanton's fledgling campaign, he becomes a cog in Stanton's unstoppable political machine. Burton illuminates-through his actions and observations-the sometimes seamy, sometimes steamy and sometimes surprisingly noble ascent to the presidency. Filled with spin doctors, power brokers, and loyal followers, this story of a presidential race spans the spectrum from bedroom farce to high moral drama. Narrated with commanding presence by Peter Francis James, Primary Colors paints such an authentic picture of national politics that it's become the most talked-about novel of the political season.

Primary Colors: A Novel of Politics