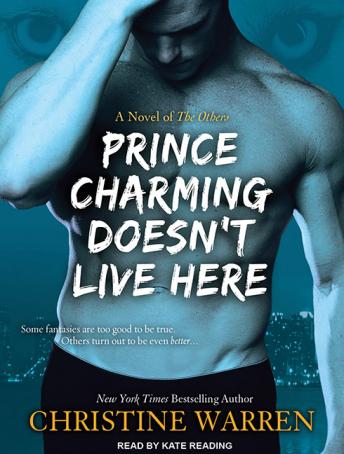 Danice Carter is not one for glass slippers. A stilettos-wearing lawyer at one of Manhattan's most elite establishments, Danice has a very strong grip on reality. So when she's asked by one the firm's founding partners to take on a personal case, Danice knows she's in for the opportunity of a lifetime. All she has to do is convince her top boss's granddaughter, Rosemary, to file a paternity suit. Sounds simple enough...until Danice arrives at Rosemary's home and is pounced on by a handsome stranger.

Private investigator McIntyre Callahan was only following his powerful client's orders: Find Rosemary-at all costs. Instead, he's found a super-hot lawyer prowling around looking for answers he can't give. The half-human, half-Fae Mac tries to warn Danice that she's way in over her head-that Rosemary may roam among the Others, and may have dangerous ties to the Unseelie Court-but she won't be deterred. Even if that means following Mac to the ends of the earth to find Rosemary...or surrendering to his supernatural powers of temptation...until death do they part.

This title is due for release on December 19, 2011
We'll send you an email as soon as it is available!