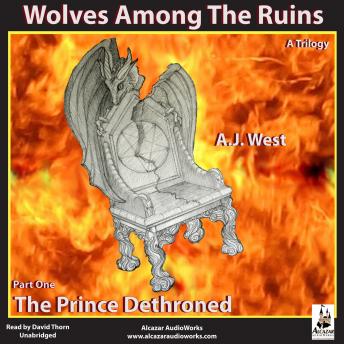 With the crisp, clear style of John Grisham, the theological and geopolitical insights of a Malachi Martin, and the nail-biting suspense of a Robin Cook, A. J. West weaves a tale of future history based on the current events and issues affecting Western Civilization.
The story takes us on a riveting and emotional journey, revealing the hidden forces at work behind present-day church scandals and political chaos. Using his extensive investigations and experience, Mr. West exposes the inner workings of the Vatican City State, the smallest yet most influential government on Earth. From vigilante executions and exorcism to a nuclear exchange, the story is filled with controversy, mystery, Byzantine intrigue, supernatural events, and white-knuckle anticipation. Your eyes will be opened to the shocking realities that have been hidden: events and actions that have led to the societal upheavals of the last forty years. More than just "fiction," this book answers questions you never even thought to ask.
In The Prince Dethroned-the first part of an epic trilogy-a simple bishop from an obscure diocese in Spain is unexpectedly elected to the throne of St. Peter. He soon discovers that many of those in positions of power within the Vatican have compromised and subverted the Catholic Church, using her to further their own agenda of a One World Religion. Will the same demonic forces manipulating other world leaders compromise the new Pope, Francis I, or will he confront these forces head-on? Will he embrace the New World Order or oppose it?