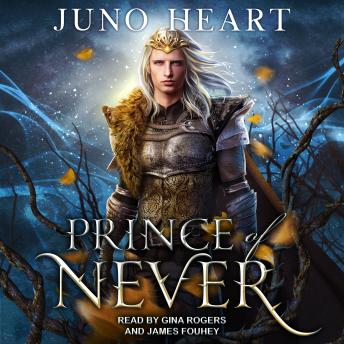 A fae prince with a poisoned heart. A mortal girl with a magical voice. Neither one believes in fairy tales.

City waitress Lara has the voice of an angel and no idea she's marked as the fated mate of a silver-eyed royal from another realm. When she falls into Faery and meets an obnoxious huntsman who mistakes her for a troll, she's amazed to discover he's the cursed Prince of Air in disguise. Ever's mother, the queen, is less than impressed. The opposing court of techno-loving Unseelie wants her as their very own pet. And an evil air mage wishes her dead.

Held captive by Elemental fae in the Land of Five, she's certainly hit rock bottom. But songs wield power, and Lara happens to be a true diva. Now if only she can use her newfound magical skill to make the Prince of Never a little less attractive. The first thing she wants is to find a way back home, and the last is to fall in love.

Ever and Lara think they know what they want, but destiny and an age-old curse have other ideas.