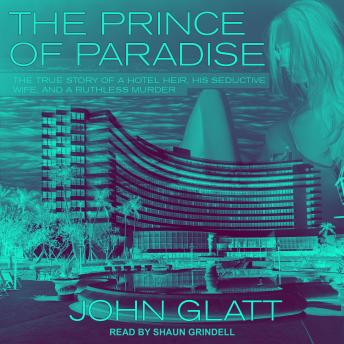 The Prince of Paradise: The True Story of a Hotel Heir, His Seductive Wife, and a Ruthless Murder

Ben Novack, Jr., was born into a hotel empire, Miami's lavish Fontainbleau. But his luxurious, celebrity-studded lifestyle would ironically end in another hotel room-where the police found him bound up in duct tape, beaten to death.

A history of violence

Seven years earlier, police found Novack in an eerily similar situation-when his ex-stripper wife Narcy duct-taped him to a chair for twenty-four hours and robbed him. Claiming it was a sex game, he never pressed charges and never followed through with a divorce.

Prosecutors believed Narcy let the killers into the room and watched them brutalize Novack. They also suspected she was involved in the death of Novack's mother, who took a fatal fall months before. Strangely, it was Narcy's own daughter who implicated her to the police-in this twisted case of passion, perversion, and paradise lost . . .

Prince of Paradise: The True Story of a Hotel Heir, His Seductive Wife, and a Ruthless Murder