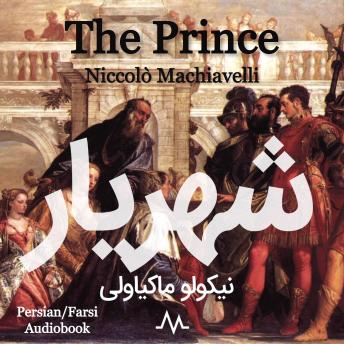 Niccolò Machiavelli wrote The Prince in 1513. He was the Italian diplomat and political theorist. This treatise is Machiavelli’s advice to the current ruler of Florence on how to stay in power; the book is dedicated to Lorenzo de’ Medici. The treatise makes a clear break from the Western tradition of political philosophy that preceded him. Before Machiavelli, politics was strictly bonded with ethics and politics being defined as the morality of individuals in social groups or organized communities. He tries to divorce politics from ethics and make a framework for the study of politics.
He has often been called the father of modern political philosophy or political science. Most philosophers before him had defined a good leader as humble, moral and honest. But Machiavelli denied that notion. He believed cruelty can be better than kindness. He said: “It is better to be feared than loved, if you cannot have both.”
This version of the book is translated by Mahmood Mahmood to Persian (Farsi) and narrated by Saeid Eslam Zadeh. The Persian version of The Prince’s audiobook is published by Maktub worldwide.

This title is due for release on July 11, 2020
We'll send you an email as soon as it is available!