The Princess and the Orrery: The Pathways Tree Book 3 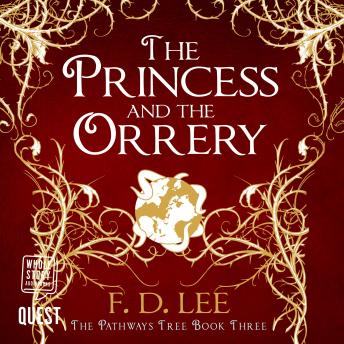 The Princess And The Orrery is the third novel in The Pathways Tree series. It heralds the return of the ever-charming genie, Seven, along with fan favourites Bea, Melly, Hemmings, Joan, Mistasinon and Chokey as they pit themselves in a race against time to save the world. Set in the spaces between fact and fiction, myth and modernity, The Princess And The Orrery will have you turning the pages to find out what happens next!

Betrayed by the woman he loves, kidnapped, tortured, and separated from the source of his power, Seven's only goal is to punish the people who have wronged him. That is, until he is forced to work with Amelia. Amelia is bright, precocious and does not have time for his vendetta. She is working on a machine designed to map the planets, an orrery, and has been promised a permanent home with the Sisterhood of Cultivators if she succeeds. The only problem is, the orrery is a lot more than a simple machine - it is also a doorway. And when a door is left open, anything might come through.

Princess and the Orrery: The Pathways Tree Book 3