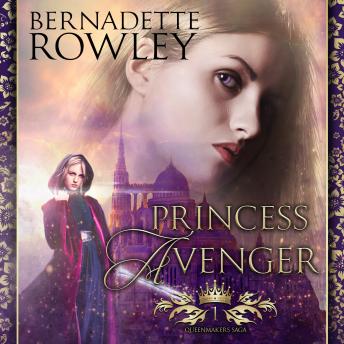 A princess in disguise. A shifter with a hidden agenda. Will they uncover the truth in time for romance to blossom?


Alecia Zialni has sworn revenge against her father for having her first love murdered. Masquerading as a man to pursue her vendetta, the prince’s headstrong daughter is soon in over her head. And when her handsome rescuer is assigned as her protector, her secret double life becomes complicated by their rapidly growing chemistry.


Captain Vard Anton struggles to control his budding lust for the determined princess he’s supposed to defend. And as an animal shapeshifter charged with killing her father, he knows he can never reveal his true identity. But the violent beast form he cannot master threatens to expose him and risk her safety.


As her feelings for Vard continue to bloom, Alecia is devastated when she’s betrothed to a lecherous lord. And wracked with guilt over his ultimate mission, Vard fears there is no way for them to ever be together. But her obsession with vengeance may be the death of them both…


Can Alecia and Vard topple a tyrant to join their destinies and their hearts?