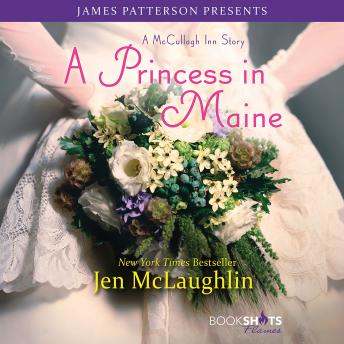 A Princess in Maine: A McCullagh Inn Story

The McCullagh Inn is hosting the event of the century. Chelsea Holland is used to dealing in secrets, and this one's proving to be the most exciting one yet: her old friend Grace is marrying a European prince, and Grace wants to host the wedding at the McCullagh Inn. But is Chelsea willing to put herself and her inn in the public eye--especially after being on the run?
BookShots FlamesOriginal romances presented by JAMES PATTERSON Novels you can devour in a few hours Impossible to stop reading

This title is due for release on July 3, 2017
We'll send you an email as soon as it is available!