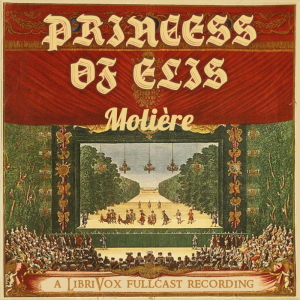 In the month of May 1664, Louis XIV entertained the Queen-mother, Anne of Austria, and his own wife , Maria Theresa, with a brilliant and sumptuous fete at Versailles.... The second day was distinguished by the representation of The Pricess of Elis [by Moliere].... The Princess of Elis, a comedy-ballet, was intended to represent the struggle between the affections of the male and female sex, a struggle in which victory often remains with the one who seems the furthest from obtaining it.... The author's natural flow of wit and humor was checked by the necessity of accommodating himself to the conventionalities of courtly propriety. - Summary by The Translator (Translated by Henri van Laun)