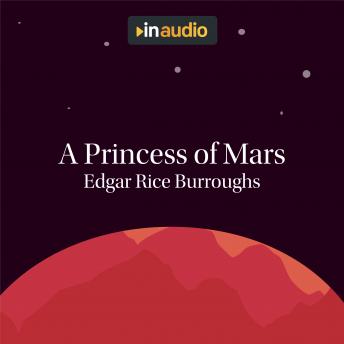 Explore the beginnings of the adventurous John Carter in A Princess of Mars by Edgar Rice Burroughs.

John Carter is a veteran looking to make his way in the world after the Civil War. After finding gold in Arizona, he is chased into hiding in a cave which turns out to house a portal to Mars. He quickly discovers that Mars is inhabited by many intelligent lifeforms who have used advanced science to create a welcoming natural environment on the red planet. John is soon drawn into a tribe of nomadic Martians and quickly rises in their ranks due to his other-worldly strength.

Eventually, John’s group gets into a dispute with a rival tribe. John Carter finds himself caught between the two tribes, and in the midst of a love affair with a Martian princess. The novel follows John Carter as he searches for his place among these beings, embroiled in political intrigue and high-stakes adventures.

With its imaginative setting and thrilling plot, A Princess of Mars is a stellar example of 1900s pulp science fiction writing. This story has been loved for decades since its initial publication and continues to inspire generations of science fiction storytellers, including the likes of James Cameron and George Lucas.