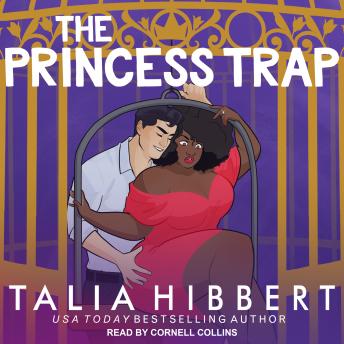 The Princess Trap: An Interracial Romance

He's reckless, dominant, and deliciously dirty. This prince is no fairy tale.

Prince Ruben of Helgmøre is his family's greatest scandal, but the defiant royal won't change for anyone. He always takes what he wants, and his current obsession is Cherry Neita. The feisty beauty has no idea she's being seduced by royalty-until they're caught together in a compromising position. Oops.

All Cherry wanted was a night or two with the hottest man she'd ever seen. Turns out, that man is actually a prince, and now he needs her to play princess. Well, princess-to-be. The deal seems straightforward enough: one year as Ruben's fake fiancee, and he'll make all her problems disappear.

But the passion between Cherry and Ruben feels anything but fake, and their connection unearths devastating secrets. Can true love bloom from false beginnings? Or will this fairy tale end in a happy-never-after?