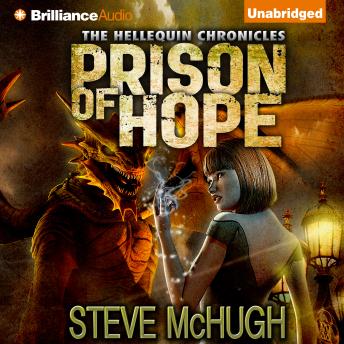 Long ago, Olympian gods imprisoned the demon Pandora in a human—Hope—creating a creature whose only purpose was chaos and death. Remorseful, the gods locked Pandora away in Tartarus, ruled by Hades. Now, centuries later, Pandora escapes. Nate Garrett, a 1,600-year-old sorcerer, is sent to recapture her and discovers her plan to disrupt the 1936 Berlin Olympic Games, killing thousands in a misplaced quest for vengeance. Fast forward to modern-day Berlin, where Nate has agreed to act as guardian on a school trip to Germany to visit Hades at the entrance to Tartarus. When Titan King Cronus becomes the second ever to escape Tartarus, Nate is forced to track him down and bring him back, to avert a civil war between those who would use his escape to gain power. Prison of Hope is the fourth book in the highly acclaimed and action-packed dark urban fantasy series, the Hellequin Chronicles.