The Prisoner of Hell Gate 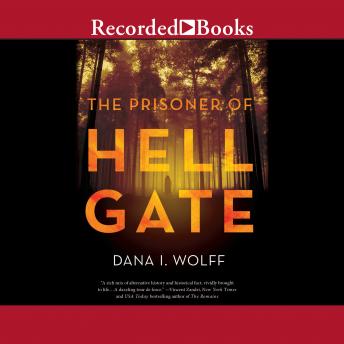 In the Hell Gate section of New York's East River lie the sad islands where, for centuries, people locked away what they most feared: the contagious, the disfigured, the addicted, the criminally insane. Here infection slowly consumed the stricken. Here a desperate captain ran his doomed steamship aground and watched flames devour 1500 souls. Here George A. Soper imprisoned the infamous Typhoid Mary after she spread sickness and death in Manhattan's most privileged quarters. George's great-granddaughter, Karalee, and her fellow graduate students in public health know that story. But as they poke in and out of the macabre hospital rooms of abandoned North Brother Island-bantering, taking pictures, recalling history-they are missing something: Hidden evil watches over them-and plots against them. Death doesn't only visit Hell Gate. It comes to stay. As darkness falls, the students find themselves marooned-their casual trespass having unleashed a chain of horrific events beyond anyone's imagination. Disease lurks among the eerie ruins where Typhoid Mary once lived and breathed. Ravenous flies swarm puddles of blood. Rot and decay cling to human skin. And spiteful ghosts haunt the living and undead. Soon five students of history will learn more than they ever wanted to know about New York's foul underbelly: the meaning of spine-tingling cries down the corridor, of mysterious fires, of disfiguring murder, and of an avenging presence so sinister they'd rather risk their lives than face the terror of one more night.