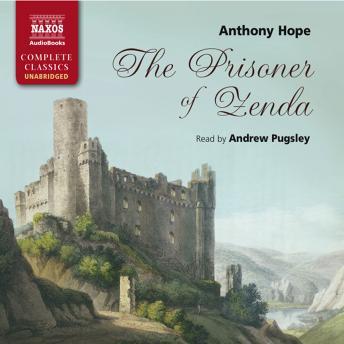 The Prisoner of Zenda

The ultimate escapist adventure story, The Prisoner of Zenda transports the listener into a bygone era, awash with swashbuckling heroism, cunning plots and courtly love. The popularity of Hope's tale of intrigue was such that it spawned an entirely new genre known as the 'Ruritanian romance'. When the King of Ruritania is kidnapped, the onus falls on a British tourist, who bears an uncanny resemblance to the King, to stand in for him and to avert disaster by coming to his rescue. The frequent replays of the film with Ronald Colman and Douglas Fairbanks Jr. testify to the continuing popularity of this evergreen adventure. Andrew Pugsley's reading captures the excitement and the momentum.