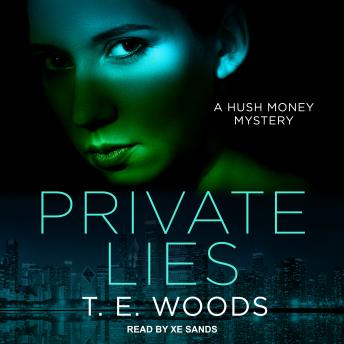 All her life, Midwest restaurateur Sydney Richardson has been searching for answers about her past. Now, in this riveting thriller, the truth hits home-with a vengeance.

Billy Tremble thought he had finally made it out of the skids. He was happy to share his good fortune with his less fortunate friends . . . and that's why he ended up dead.

Sydney Richardson's enjoying a rare night out in her hometown of Madison, Wisconsin, when she learns that one of her friends has been shot. Rick Sheffield thought he was staking out a drug deal; turns out he had a front-row seat to a million-dollar cash drop gone wrong. Meanwhile, at a construction site across town, a young vagrant is killed execution-style after spreading some serious wealth among his street friends.

Sydney sees no reason to link the shootings-until the money disappears from the evidence locker, resulting in the release of the suspect in the first shooting and the suspension of the detective investigating the second. Determined to connect the dots herself, Sydney uncovers evidence of a massive conspiracy tying a respectable local family to the Chicago underworld. But what frightens her most is the fact that the trail of blood leads to the decades-old cold case that has haunted Sydney's every move: her father's murder.