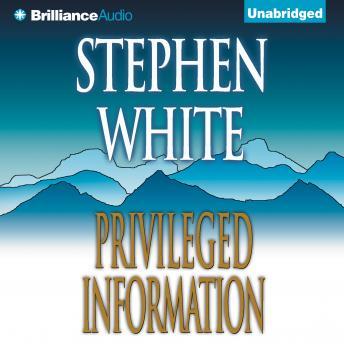 Alan Gregory is a clinical psychologist with a thriving practice in Boulder, Colorado. His life begins to unravel when one of his female patients is found in an apparent suicide and the local paper begins printing accusations from an unnamed source of sexual impropriety between the woman and Dr. Gregory. He launches a psychological and personal quest for the truth that rapidly intensifies when more of his patients die untimely deaths, and Gregory suspects not only that the deaths are related but that another one of his patients may be somehow involved. Lacking facts but roused by suspicion and troubled by seemingly random acts of terror around him, Gregory starts to fear for the safety of the people he loves. The question of the inviolability of confidential disclosures made to Gregory by his patients - privileged information - becomes crucial as the psychologist pursues an unsettling romance with Lauren Crowder, a lovely deputy district attorney investigating one of the deaths. Bound to silence, Gregory follows the psychological tracks of someone he fears may be a cunning and disturbed killer, while turning to his enigmatic but supportive partner, Diane Estevez, for counsel, and to his tart-tongued female urologist neighbor for support. The sinister, surprising drama unfolds against Boulder's Rocky Mountain backdrop, in the arresting natural beauty of Aspen, and in the midst of a baroque Halloween costume party in downtown Boulder. Finally, in a lonely mountain lodge enshrouded in menace, the story comes to its breathtaking climax.