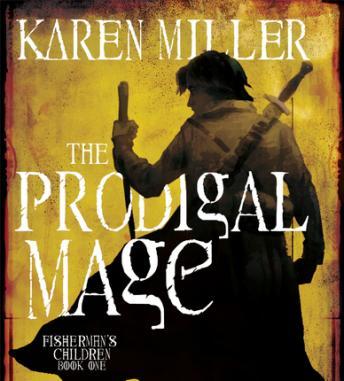 Many years have passed since the last great Mage War. It has been a time of great change. But not all changes are for the best, and Asher's world is in peril once more.

The weather magic that holds Lur safe is failing, and the earth feels broken to those with the power to see. Among Lur's sorcerers, only Asher has the skill to mend the antique weather map that governs the seasons, keeping the land from being crushed by natural forces. Yet, when Asher risks his life to meddle with these dangerous magics, the crisis is merely delayed, not averted.

Asher's son Rafel has inherited the father's talents, but has been forbidden to use them. Many died in the last Mage War and these abilities aren't to be loosed lightly into the world. But when Asher's last desperate attempt to repair the damage leaves him on his deathbed, Rafel's powers may not be denied. For his countrymen are facing famine, devastation, and a rift in the very fabric of their land.

I thought this book was pretty good. It has some pacing issues that make it not as enjoyable. This book also lacks the romance angle that all the others in the series DO have. I would stay to stick with it if you have read the two books before it about Rafe's father Asher, and you will be rewarded when you finish the series with Deenie in The Reluctant Mage.

This title is due for release on August 10, 2009
We'll send you an email as soon as it is available!