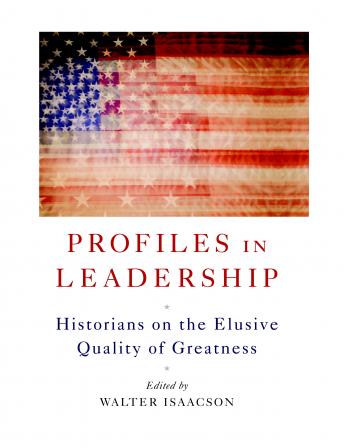 Profiles in Leadership: Historians on the Elusive Quality of Greatness

The best historians in the land consider examples of great leadership, well known and surprising, from Washington to Willkie and more.

What made FDR a more successful leader during the Depression crisis than Hoover? Why was Eisenhower more effective as supreme commander during World War II than he was as president? Why was Grant one of the best presidents of his day, if not in all of American history? What drove Bobby Kennedy into the scrum of electoral politics? Who was Pauli Murray and why was she one of the most decisive figures in the movement for civil rights?

Find the surprising and revelatory answers to these questions and more in this collection of new essays by great historians, including Sean Wilentz, Alan Brinkley, Annette Gordon-Reed, Jean Strouse, Robert Dallek, Frances FitzGerald, and others. Entertaining and insightful individually, taken together the essays represent a valuable set of reflections on the enduring ingredients of leadership.

Profiles in Leadership: Historians on the Elusive Quality of Greatness