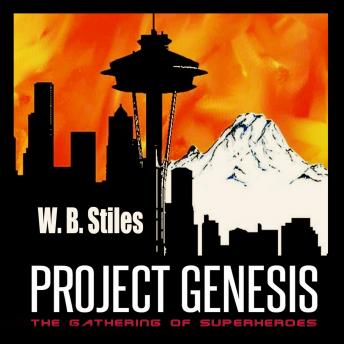 Project Genesis: The Gathering Of Superheroes

Jane Watkins, a reporter for the Seattle Gazette newspaper, goes to meet a source with information about a serial killer known as the Slasher-only to find herself facing not an informant but the killer. She nearly meets her death but is miraculously saved by a glowing figure. He calls himself the Advocate, and Jane's encounter with them both is about to change her life and theirs forever.It seems the Advocate-whose real name is John Tomar-is one of several people who have developed superhuman powers through a substance known as the Genesis Factor. On the estate of his father, Nathan, and with his guidance and protection, John works to gather and train those with special abilities in service of a mission for the greater good-a task that draws the eyes of enemies. Meanwhile, Jane feels driven to discover the truth about the mysterious man-even more so when she sees a picture of him flying away from the scene of a midair explosion.In this first book of the Project Genesis series, the paths of the hero and the reporter converge in an exploration of good, evil, human, and superhuman, considering who we are, where we came from, and where we are going.

Project Genesis: The Gathering Of Superheroes