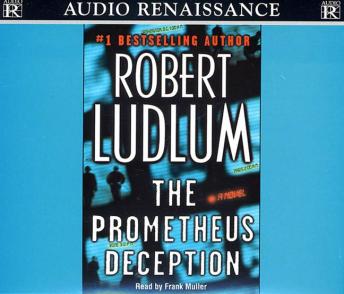 The Prometheus Deception: A Novel

Robert Ludlum is the acknowledged master of suspense and international intrigue. For the past twenty-five years he has had an unbroken string of bestselling novels, selling hundreds of millions of copies worldwide and setting a standard that has yet to be surpassed. With The Prometheus Deception, Ludlum's first new novel in three years, he is at the very pinnacle of his craft.
Nicholas Bryson was a deep-cover operative for a secret American intelligence group called the Directorate. After a mission went wrong he was retired to a new identity as a college professor in Pennsylvania. Now, years later, he discovers that the Directorate was using him against his own country's interests. The deputy director of the CIA enlists Bryson to stop the Directorate's latest lethal maneuver and end the group for good.