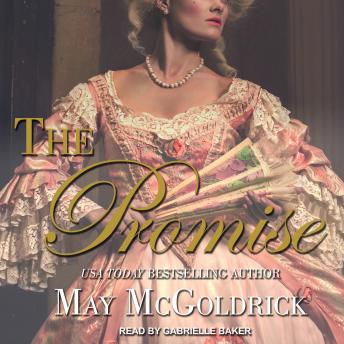 On a desperate journey to America, Rebecca Neville promises the dying wife of the Earl of Stanmore to raise and care for her newborn son, James. Once in the New World, Rebecca begins her new life-as a mother . . .

Ten years later, the Earl of Stanmore learns of the fate of his family. He sends to the colonies for his young heir so he can raise him as a peer of the realm. With no intention of forsaking her vow, Rebecca returns to England with James to face a future without her beloved charge. But she must also face her tumultuous past . . .

At first glance, the formidable Stanmore sends Rebecca reeling. But beneath his coldly attractive façade and seeming indifference to his son's plight, emotions roil. For there is more to Stanmore and his motives than meets the eye. The enigmatic lord has his own promise to keep-and a passion for Rebecca that cannot be denied . . .