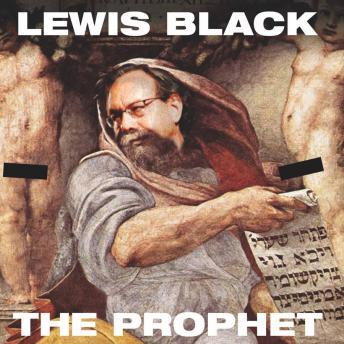 So, what was Lewis Black like when he was younger? Did he have a positive outlook on life in the '80's and grow disenchanted as he got older? Hardly. This historic record from America's foremost commentator on everything, gives a telling, hilarious insight into Lewis Black's earlier years in standup. Before the Daily Show, before the Grammys, before the massive fame. This performance was recorded in late 1992 while Lewis was on tour. It exemplifies his acid-tonguw wit, his prescience about what matters, and his hilarious takes on the politics of the times.