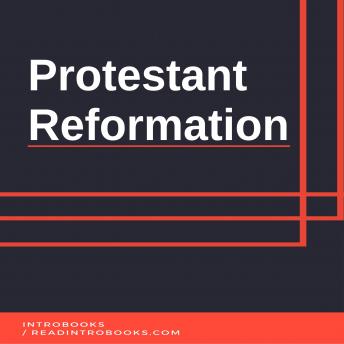 The Protestant Reformation has been considered to be one of the most far-fetched historical events that had taken place in the last millennia. It had ended the century-old hegemony of the Holy Catholic Church along Western Europe and has also altered the economic as well as the political fortunes wherever it has reached its boundaries. It is quite a fascinating event that amazes the social scientists for many reasons above its almost 500th anniversary. The year 2017 has been officially designated as the "Lutherjahr" in Germany. Firstly, the various forms of economic consequences of the Protestant Reformation are considered to be of great importance for holding debates that would concern the long-term persistence of the economic growth in the West along with the understanding of the analytical economic development. Secondly, the overall role of the economic innovations and development with respect to the communication technology as well as media towards instigating the changes in the Protestant Reformation tends to have a broader implication on the comparative end. Thirdly, the overall case of the Protestant Reformation is considered to have set a vital example of institutional change along with the causes & effects of which are the regions of importance in the political as well as economic and sociology.