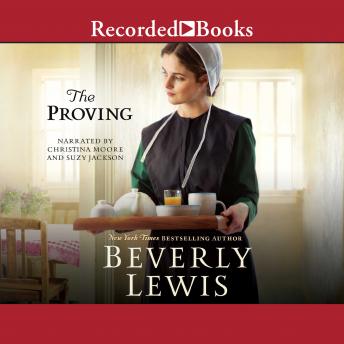 Having left the Amish life for the English world, Amanda Dienner is shocked when she learns that her mother has passed and left her Lancaster County's most popular Amish bed-and-breakfast. The catch is she has to run it herself for one year, acting as hostess. Amanda accepts the terms, but coming home to people she left behind won't be easy. Amish Fiction's #1 Author Presents a Touching Story of Perseverance and Second Chances Amanda Dienner hasn't spoken a word to her Old Order mother or twin sister in five years when she receives word that her mother has passed away and left her Lancaster County's most popular Amish bed-and-breakfast. Now an Englisher, Mandy is shocked: Her sister should have been the obvious choice! But because this is all her controlling mother's doing, of course there's a catch, and Mandy soon learns that the farmhouse inn will only truly be hers if she is able to successfully run it for one year. Mandy accepts the challenge even though it means returning to Gordonville and the painful memories she left behind at eighteen. Still, she's determined to prove she is more than capable of running the bed-and-breakfast, no matter that its loyal clientele are expecting an Amish hostess! The inn isn't Mandy's sole test, however. Rubbing shoulders with her married twin sister reopens wounds that Mandy isn't ready to forgive. And an Englisher guest with a difficult past of her own just complicates matters. Can Mandy fulfill the terms of her inheritance? Or will this year in Amish country prove a dreadful mistake?