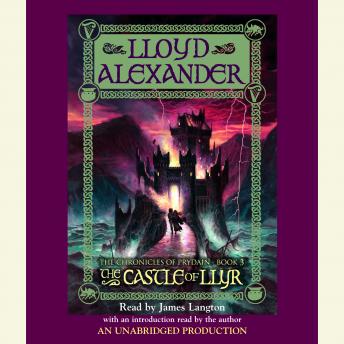 The Prydain Chronicles Book Three: The Castle of Llyr

In the imaginary kingdom of Prydain, Princess Eilonwy must leave her friends to go to the Isle of Mona for training as a proper princess. Because Eilonwy has magical powers, she is sought by Achren, the most evil enchantress in the land. Shortly after her arrival on the Isle of Mona, something sinister and secret befalls her. Eilonwy's loyal friends--Taran, the Assistant Pig-Keeper; Flewddur, the bard; and Prince Rhun, her intended husband--realize her peril and set out on an exciting and terrifying mission to rescue her. They encounter great forces of enil as well as private--sometimes painful--revelations in the course of their journey.

This title is due for release on August 24, 2004
We'll send you an email as soon as it is available!