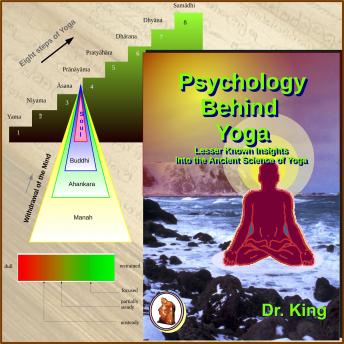 Psychology behind Yoga : Lesser Known Insights into the Ancient Science of Yoga

Though Yöga is well known as a process to achieve the ultimate realization, not much attention is paid to its psychological underpinnings. This book builds up the theory behind Yoga based on descriptions given in ancient texts such as Yoga sutra of Patanjali (~200 B.C.) and Sänkhya Kärika of Isvara Krshna (~300 A.D.). This understanding is essential to get a complete grasp of the Yöga process.

This book clearly explains the concept of mind as defined in Yoga Sutra and Sänkhya Karika, the various states this mind can be in, and how by a step by step process the mind can be nudged into the ultimate desirable state namely the Samadhi. It discusses various hindrances one encounters while going through this process as well as how these can be overcome. As often mistaken, samädhi is not a single state but a series of progressive states one goes through as one progresses into the Yoga practice. This book explains those stages both with reference to the original sources as well as through simple analogies.

The ultimate state of Yoga, namely the niruddha state of mind is also very well explained, its implications and what exactly happens in that stage.

Psychology behind Yoga : Lesser Known Insights into the Ancient Science of Yoga

This title is due for release on February 11, 2019
We'll send you an email as soon as it is available!