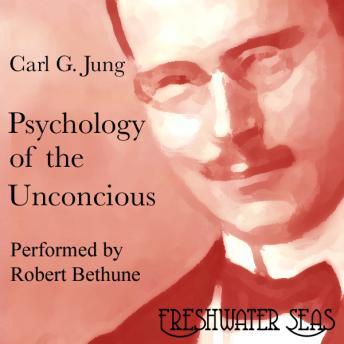 Psychology of the Unconscious

Originally published in German as Wandlungen und Symbole der Libido, this is the book that set Carl Jung on his independent path as a psychoanalytic theorist and explorer of the mysterious world of the unconscious mind of the individual and the mythological mind of humanity. He bases his work on an exploration of Miss Frank Miller's Quelques Faits d'Imagination Creatrice, demonstrating complex connections between Miller's self-portrait of her own dreams and fantasies and the world of myth, symbol, and religion. From there, he explores a wide range of myth and religion, always relatiing the mythological and religious products of human culture to the functions and fantasies of the unconscious mind, with particular attention to the workings of that fundamental life-energy he calls the libido. The book is a challenge to the reader. Jung does not limit himself to the boundaries of any one language, culture or discipline. He draws from sources in German, French, Italian, English, Greek and Latin, from Milton to Goethe to Longfellow to Augustine. He explores literature, etymology, and anthropology freely to support his views. Where Jung quotes from the original language, this edition provides an English translation immediately following, and gives each of the quoted authors their own voice, thereby providing an audio equivalent of the quotation typography of the original book. The challenge, and the length of the book, is worthwhile. Jung is a fundamental thinker in the history of 20th century Western culture, and this book is the foundation of all his later work. This audiobook is an unabridged recording of the 1916 translation of the first edition of Jung's book.

Psychology of the Unconscious