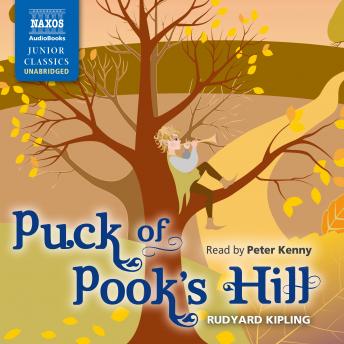 Puck of Pook's Hill is an innocent and charming book that takes the listener on a journey through English history with a series of short, fantastical works. When two children happen across an ancient shrine, they unintentionally summon an impish sprite named Puck also known as Robin Goodfellow. To their wonderment, the fairy conjures up the past, taking them on ten magical adventures: they visit Roman Britain and the legion guarding Hadrian's Wall, the thirteenth-century court of King John and the Old England from the time of William the Conqueror. Here are stories of lost treasures, epic battles, mysterious cults and daring piracy. Interspersed with Kipling's lyrical poetry, Puck of Pook's Hill is a masterful and magical collection that will stir the imagination.