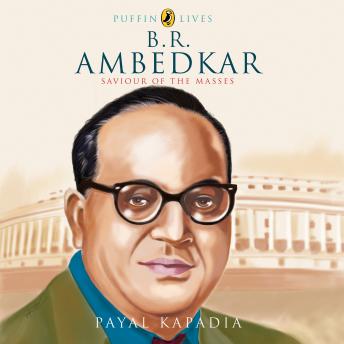 Born to a poor Mahar family in April 1891, Bhimrao Ramji Ambedkar was a victim of casteism from his very childhood. He fought for the political rights of the Dalits at a time when India was being terrorised by the British. He was also the first ‘untouchable’ to receive college education as well as an eminent jurist, a brilliant politician, an astute economist, a committed anthropologist, a celebrated historian and a distinguished philosopher. Throughout his life he fought the prejudices of social discrimination in the country and came to be known as Babasaheb. He was also the founding pillar of the Indian Constitution. This thrilling narrative, with its wealth of little-known facts takes the reader on a journey through the life of independent India’s first law minister, a formally converted Buddhist who wholeheartedly dedicated himself to initiating various movements for the social and political betterment of the Dalit community. This book presents a fascinating outlook on Ambedkar’s political aspirations and promises to be an engaging and enrapturing read.