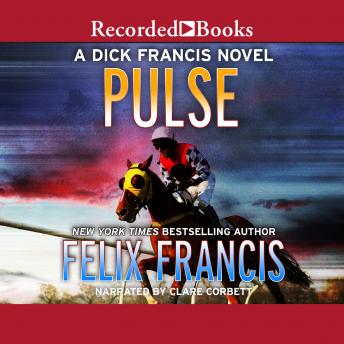 A smartly-dressed man has been found unconscious at the local racecourse and is rushed to the hospital, where he subsequently dies. But who is he? Where does he come from? He had no form of identification on him, and no one claims the body. Doctor Chris Reynolds, a specialist who treated the deceased-and who struggles with mental health issues-is intrigued by the nameless dead man, obsessed even, and starts asking questions. However, someone doesn't want the questions answered and will go to any lengths to prevent it, including an attempted murder. But when no one will believe that someone tried to kill Chris, the doctor is left with no option but to discover who the nameless man was and why he died.preferably before following him into an early grave. Author bio: Felix Francis, a graduate of London University, is an accomplished outdoorsman, marksman, and pilot who has assisted with the research of many of his father's novels. The co-author and author of numerous Dick Francis novels, most recently Triple Crown, he lives in England