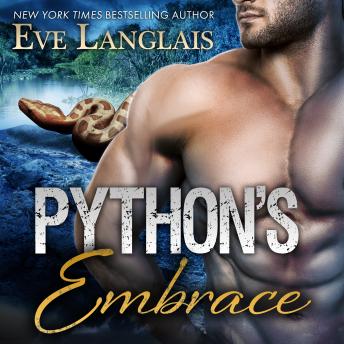 Don't mock Constantine's dog. Princess might weigh only six and a half pounds, but she's tough-so watch your ankles. Be warned: if she doesn't like you, then neither will Constantine.

Except he kinds of likes Aria, even though Princess would prefer to bury her in a hole. Could it be because Aria has secrets? Lots of them, and they all have to do with the danger stalking Bitten Point.

People are missing, and some have turned up dead. Monsters are roaming, and not just the swamp at night but the streets too. At the heart of the mystery is a bite-sized woman, a woman Constantine wants to hug tightly in his coils and keep forever.

A cold-blooded snake, Constantine can't help but crave the warmth that is Aria, but can he keep her out of mortal danger long enough to make her his mate?Contains mature themes.

This title is due for release on April 13, 2016
We'll send you an email as soon as it is available!