The Quants: How a New Breed of Math Whizzes Conquered Wall Street and Nearly Destroyed It 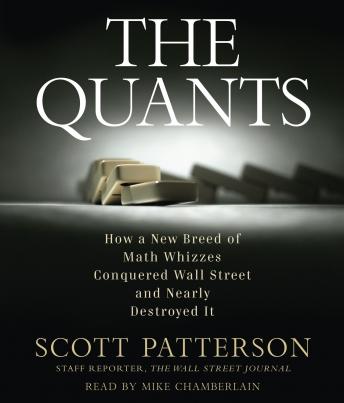 In March 2006, the world’s richest men sipped champagne in an opulent New York hotel. They were preparing to compete in a poker tournament with ­million-dollar stakes. At the card table that night was Peter Muller, who managed a fabulously successful hedge fund called PDT. With him was Ken Griffin, who was the tough-as-nails head of Citadel Investment Group. There, too, were Cliff Asness, the sharp-tongued, mercurial founder of the hedge fund AQR Capital Management, and Boaz Weinstein, chess “life master” and king of the credit-default swap.

Muller, Griffin, Asness, and Weinstein were among the best and brightest of a new breed, the quants. Over the past twenty years, this species of math whiz had usurped the testosterone-fueled, kill-or-be-killed risk takers who’d long been the alpha males of the world’s largest casino. The quants believed that a cocktail of differential calculus, quantum physics, and advanced geometry held the key to reaping riches from the financial markets. And they helped create a digitized money-trading machine that could shift ­billions around the globe with the click of a mouse. Few realized that night, though, that in creating this extraordinary system, men like Muller, Griffin, Asness, and Weinstein had sown the seeds for history’s greatest financial disaster.

Quants: How a New Breed of Math Whizzes Conquered Wall Street and Nearly Destroyed It