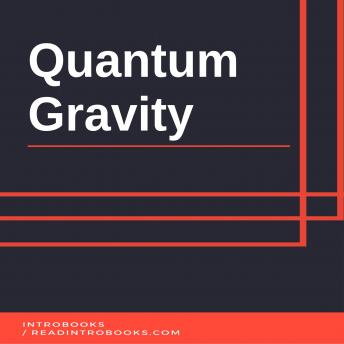 Modern science and physics in particular, primarily consists of two basic theories, namely the general relativity or particle physics and the theory of gravity. There had been great heights scaled by these two theories taken together in the past, since the very beginning. Hence, it's highly surprising to accept the fact that the overall picture given by these two theories taken together reflects a higher degree of inconsistency. This inconsistency arises mainly after taking into consideration a part of the theory, the standard model, as a quantum theory while the other, gravity, as a classical theory. At a first glance, it may appear that quantizing general relativity may remove the inconsistencies. If one performs an expansion in terms of Feynman diagrams, the technique used in the standard model, then one finds infinities that cannot be absorbed in a renormalization of the Cosmological constant also known as Newton constant.

In fact as one goes to higher and higher orders in perturbation theory one would have to include more and more counter terms. In other words, the theory is not renormalizable. Hence, the most crucial principle in constructing the so called Standard model is not capable to hold firm. What is more surprising to an observer is the fact that an inconsistent theory could fit in so well with the experiments, apparently explaining it flawlessly. What happens is that quantum gravity effects are usually very small due to the weakness of gravity relative to other forces. The effects of gravity are proportional to the energy or mass, so they see a rise in high energies.