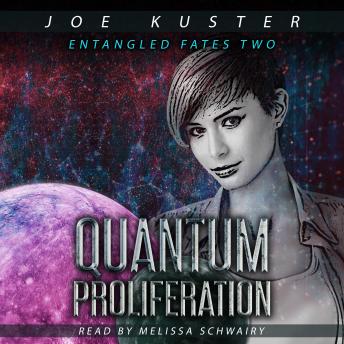 Getting his revenge felt great. Right up until the bills came due.


Alex and his quantum-powered AI companion might have broken free from Apollo’s threat to shut him down, but he is still on the hook for millions he doesn’t have, and the mega-corp isn’t going to forgive and forget. Desperate to keep his freedom and his company afloat as their illegal funds dry up, Alex tags along with the Black Flags on a mercenary contract on the other side of the globe.


Physically recovered but still coming to grips with the synthetic part of himself, Alex struggles to adapt to what his life and body have become. Stuck in a losing battle with his inner demons, he and Sophie gather resources and allies as they prepare to wage war against the rogue artificial intelligence that threatens the world.


His actions do not go unnoticed, however, and he soon finds him caught in a lethal game of cat and mouse. Firmly in the crosshairs again, can Alex survive the new threats against him without losing himself in the process?


This series features an anti-hero protagonist, does not shy away from complicated relationships, and is not fade to black. 18+