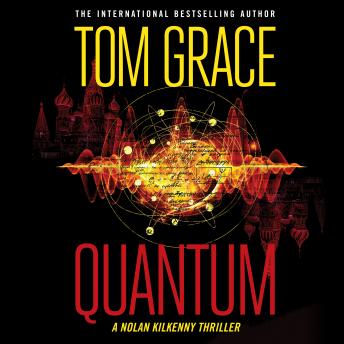 "The book defies you not to turn the next page as the mystery unravels at breakneck speed." -KALAMAZOO EXPRESS WEEKLY (MI)

"Technical and cerebral...it heralds the emergence of a new kind of modern-day hero." -THE SAN DIEGO UNION-TRIBUNE

Ex-navy SEAL Nolan Kilkenny battles to keep a potentially world-dominating technology from falling into the wrong hands in this exciting thriller, a follow-up to Grace's first Nolan adventure, Spyder Web. In 1948, a German scientist Johann Wolff, working at the University of Michigan in Ann Arbor, is on the threshold of making an amazing discovery. However, he is killed and his work is seemingly unknown and lost forever. More than 50 years later, the research becomes vitally important, as Kilkenny, who coordinates projects for a research group called MARC on the Ann Arbor campus, finds himself and his colleagues under attack by a band of Russian mercenaries working for Victor Orlov, the richest and most powerful private citizen in Russia. Orlov has learned that MARC, inspired by Wolff's writings, has discovered Quantum technology-a blueprint that will create an infinite energy supply and make all other sources, from gasoline to nuclear power, obsolete. Kilkenny is now caught in the middle of a two-sided fight between America and Russia to keep this technology in American hands.