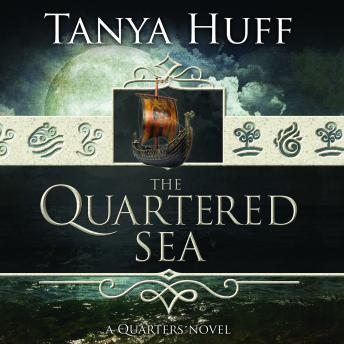 Benedikt Sings the most powerful water in the kingdom, but water is the only Quarter Benedikt can sing, which isolates him from the Bardic Captain and his fellow Bards. When the Queen of Shkoder outfits a voyage to discover the lands across the sea against the Bardic Captain's objections, Benedikt is the only Bard willing to brave the Captain's wrath and volunteer.

In uncharted waters, a storm strikes and the kigh of the deep seas rise. All of Benedikt's skill is unable to save ship or crew. Shipwrecked in an unfamiliar country and unable to send word to Shkoder of the ship's fate, Benedikt must play the part he's been given: a pawn in the game of politics and religion between brother and sister - who both intend to use his Song to their advantage.

As the Queen waits for word, the kigh of the deep seas rise again...

This title is due for release on February 16, 2018
We'll send you an email as soon as it is available!