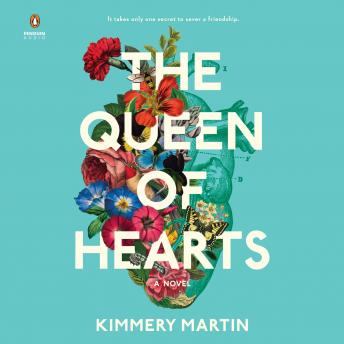 The Queen of Hearts

A powerful debut novel, praised by The New York Times, Bustle, and Hypable, that pulses with humor and empathy as it explores the heart's capacity for forgiveness....

Zadie Anson and Emma Colley have been best friends since their early twenties, when they first began navigating serious romantic relationships amid the intensity of medical school. Now they're happily married wives and mothers with successful careers--Zadie as a pediatric cardiologist and Emma as a trauma surgeon. Their lives in Charlotte, North Carolina, are chaotic but fulfilling, until the return of a former colleague unearths a secret one of them has been harboring for years.

As chief resident, Nick Xenokostas was the center of Zadie's life--both professionally and personally--throughout a tragic chain of events during her third year of medical school that she has long since put behind her. Nick's unexpected reappearance at a time of new professional crisis shocks both women into a deeper look at the difficult choices they made at the beginning of their careers. As it becomes evident that Emma must have known more than she revealed about circumstances that nearly derailed both their lives, Zadie starts to question everything she thought she knew about her closest friend.