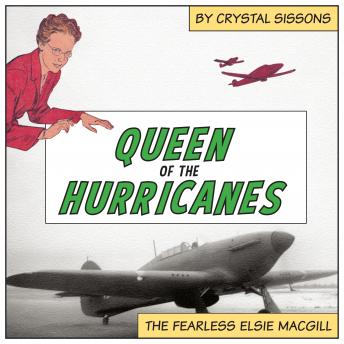 Queen of the Hurricanes: The Fearless Elsie MacGill

Elsie MacGill achieved many firsts in science and engineering at a time when women were considered to be inferior in the sciences. In 1923, at the age of nineteen, she became the first woman to attend engineering classes at the University of Toronto. She was the first woman in North America to hold a degree in aeronautical engineering and the first woman aircraft designer in the world. As chief engineer for the Canadian Car and Foundry Company she oversaw the production of the Hawker Hurricane, and designed a series of modifications to equip the plain for cold weather flying. Her Maple Leaf trainer may still be the only plane ever to be completely designed by a woman. Elsie, a popular heroine of her time who inspired the comic book "Queen of the Hurricanes" in the 1940s, later became an influential feminist activist.

Queen of the Hurricanes: The Fearless Elsie MacGill