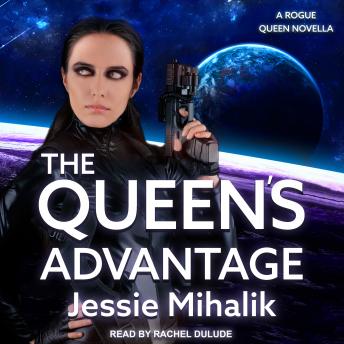 When Queen Samara Rani fulfills the promise she made to Emperor Valentin Kos to visit his court and meet with his advisers, she knows they won't welcome her with open arms, especially when she's been tasked with discovering the traitors within their ranks-traitors she tricked out of five million credits.

As soon as Samara begins her investigation it becomes clear that Valentin's advisers want her gone and they aren't picky about how. After their tactics turn violent, Samara and Valentin race to unravel the web of treachery and lies before the next attack ends in tragedy.

When the conflict escalates in ferocity and rumors start blaming Samara, she is forced to continue her hunt alone. Uncovering traitors is difficult when courtiers learn to lie before they learn to walk, and one misstep could cost her life. However, Rogue Queens aren't easy to kill and Samara has more than a few tricks of her own.