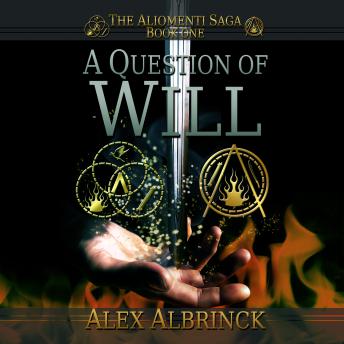 A Question of Will

Will Stark is a self-made multibillionaire, happily married and a proud father. He arrives home to find his house destroyed and his family murdered, and is himself rescued from certain death by a mysterious trio.
His rescuers are part of a splinter faction of a centuries-old secret society that has developed incredible technological advances and unlocked the method to release humanity's innate potential. Will was mistakenly believed to be a key dissident and fugitive, on the run from the primary group, known as the Aliomenti.
Society believes him dead, and Will elects to work from the shadows to learn the secrets of the Aliomenti, secrets that can help him seek his own form of vengeance. Or, perhaps, become the man they'd sought all along.