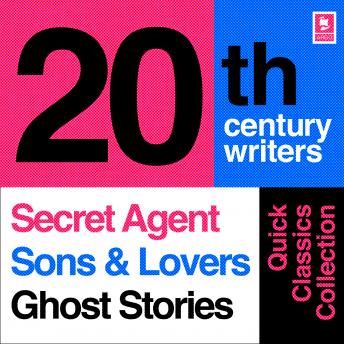 William Collins Books and Decca Records are proud to present ARGO Classics, a historic catalogue of classic fiction read by some of the world’s most renowned voices. Originally released as vinyl records, these expertly abridged and remastered stories are now available to download for the first time.

This collection brings together the best British writing of the 20th century, narrated by a trio of beloved voices from the stage and screen. From the ghost stories of M.R. James to the intensity of D.H. Lawrence’s Sons and Lovers, as well as the intrigue of Joseph Conrad’s spy thriller, The Secret Agent, these enthralling modern classics will delight every listener.


These classic stories are read by The Jewel in the Crown’s Tim Pigott-Smith; legendary Shakespearean actor, Sir Michael Hordern; and Sir Ian McKellen.