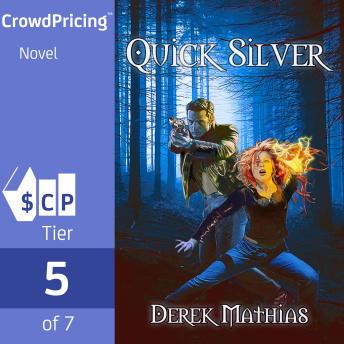 What does a reformed cat burglar do when he has only months left to live? Sylvester "Silver" Larcini tests his skills one last time, pulling off the caper of his life by robbing the mansion of the secretive Sherman Lord. Unfortunately, Lord controls police forces, military forces...and supernatural forces. In retaliation, he kidnaps Silver's wife and unleashes a worldwide manhunt against him. Silver's only hope is Morrigaine, an eccentric woman who appears in his home and claims to be a sorceress. She promises to help him rescue his wife if he helps her complete her murdered father's quest to restore magic to the world. Despite his skepticism that magic exists, and despite her doubts that high technology isn't some form of magic, they form an unlikely partnership...and soon learn how much they need each other's unique talents in order to face the technological and supernatural forces Lord arrays against them.