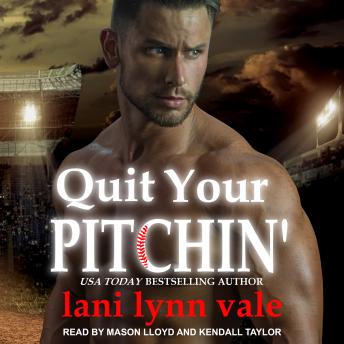 What's wrong with my butt?

She means those words to be directed toward the woman beside her, not him. But he can't stop himself from answering. Not when her ass is the most magnificent thing he's seen in his life.

Apparently, answering her with 'not a damn thing' wasn't what she was expecting. She likely wasn't expecting the baseball she took to the face at his next at bat, either.

All it takes is one ill-fated foul ball, and George Hoffman, Lumberjacks center fielder, falls head over heels in love with Wrigley Field-and yes, that is her real name.

From that point forward, George and Wrigley fall into a fast whirlwind love that ends with them eloping to Vegas. And he has his potty-mouth, titty-bar-owning, pain in the ass grandmother to thank for it.Not that he's complaining or anything. Who wouldn't want to be married to a woman that made his heart race like he was in the final game of the World Series?

The only problem is trying to convince her of that.