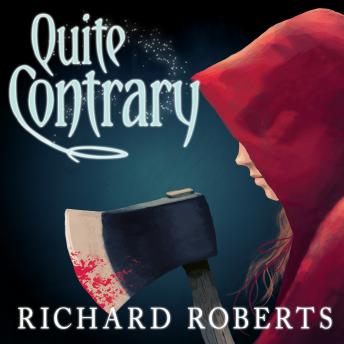 The secret of having an adventure is getting lost. Who ever visited an enchanted kingdom or fell into a fairy tale without wandering into the woods first?

Well, Mary is lost. Mary is lost in the story of Little Red Riding Hood, and that is a cruel and murderous story. She's put on the red hood and met the Wolf. When she gives in to her Wolf's temptations, she will die. That's how the story goes, after all.

Forget the Wolf's temptations, forget the advice of the talking rat trying to save her-Mary will kick her way through every myth and fairy tale ever told until she finds a way to get out of this alive. Her own way and no one else's.