The Qur'an: A Biography 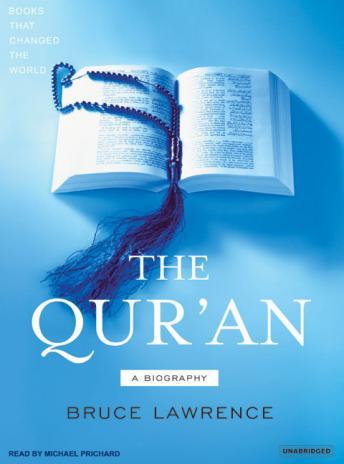 Few books in history have been as important or as poorly understood as the Qur'an. Sent down in a series of revelations to the Prophet Muhammad, the Qur'an is the unmediated word of Allah: a ritual, political, and legal authority, an ethical and spiritual guide, and a literary masterpiece. It is revered by Muslims throughout the world, in whom it inspires devotion, passion, fear, and sometimes incomprehension.

In this book, one of the launch titles in the Atlantic Monthly Press's Books That Changed the World series, distinguished historian of religion Bruce Lawrence shows precisely how the Qur'an is Islam. He describes the origins of the faith and assesses its tremendous influence on today's societies and politics. Above all, Lawrence emphasizes that the Qur'an is a sacred book of signs that has no single message. It is a book that demands interpretation and one that can be properly understood only through its history. Lawrence's work is a beautifully written and, in these increasingly troubled times, invaluable introduction to and exploration of the core sacred text of Islam.

This title is due for release on February 24, 2007
We'll send you an email as soon as it is available!