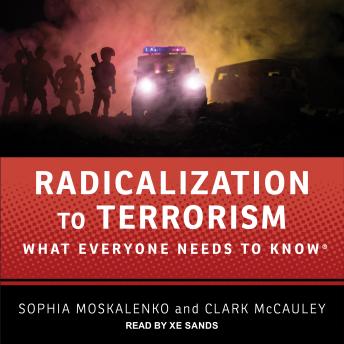 Radicalization to Terrorism: What Everyone Needs to Know

Terrorism and radicalization came to the forefront of news and politics in the US after the unforgettable attacks of September 11th, 2001. When George W. Bush famously asked 'Why do they hate us?,' the President echoed the confusion, anger and fear felt by millions of Americans, while also creating a politicized discourse that has come to characterize and obscure discussions of both phenomena in the media.

Since then the American public has lived through a number of domestic attacks and threats, and watched international terrorist attacks from afar on television sets and computer screens. The anxiety and misinformation surrounding terrorism and radicalization are perhaps best detected in questions that have continued to recur in the last decade: 'Are terrorists crazy?'; 'Is there a profile of individuals likely to become terrorists?'; 'Is it possible to prevent radicalization to terrorism?' Fortunately, in the two decades since 9/11, a significant body of research has emerged that can help provide definitive answers.

As experts in the psychology of radicalization, Sophia Moskalenko and Clark McCauley propose twelve mechanisms that can move individuals, groups, and mass publics from political indifference to sympathy and support for terrorist violence.

Radicalization to Terrorism: What Everyone Needs to Know