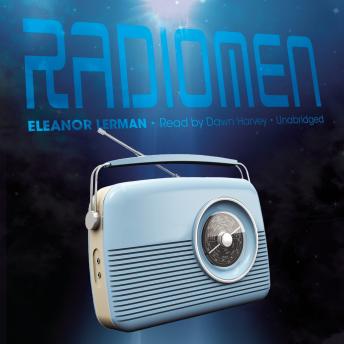 There are two themes to Radiomen.First, if there are aliens interacting with our world, they are likely just asconfused about who or what God is as human beings are; and second, whoever theyare, they're probably just as fond of dogs as we are.
Laurie, a woman who works at a bar at Kennedy airport, doesn'tremember that when she was a child, she met an alien on the fire escape of abuilding where her uncle kept a shortwave radio. The radio is part of auniversal network of repeaters maintained by an unknown alien race; they usethe network to broadcast prayers into the universe. She meets a psychicwho is actually part of a Scientology-like cult called the Blue Awareness, aswell as a late-night radio host. All have their own reasons for unraveling themystery of the lost radio network. Laurie is given a strange dog by herneighbor, an immigrant and a member of the Dogon tribe—people who believe theywere visited by aliens long ago and repeat a myth about how the aliens broughtdoglike animals with them. All Dogon dogs are supposedly descended from thatanimal.
As conflict develops between the Blue Awareness leader andthe other characters, the Dogon act as an intermediary between the humans, whowant to understand why the aliens need the radio network, and the aliens whoneed the humans to help them find a lost element of the universal network.

This title is due for release on January 31, 2015
We'll send you an email as soon as it is available!