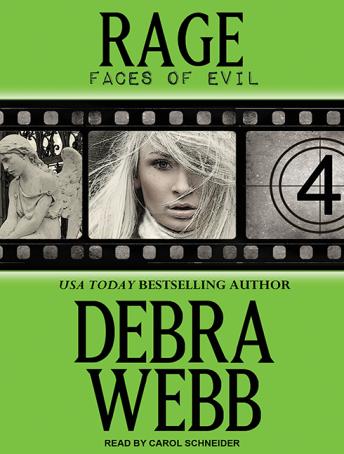 When Jess Harris moved back to her Alabama hometown, she thought she'd left her past behind her. But the blood bath the new Major Crimes deputy chief finds at a murder scene is beyond even the savagery of Eric Spears, the serial killer who now haunts Jess's life with terrifying text messages. Amid eerie echoes of the Charles Manson-like massacre, Jess investigates the dismemberment of a cop's wife, carried out while the woman's baby lay sleeping down the hall.

The discovery of two more headless victims makes Jess wonder if it's a gang-related slaying, a personal vendetta . . . or something else. And the sudden reappearance of her ex-husband makes her question her future with Chief of Police Dan Burnett. As the net widens to include a shocking suspect, Jess realizes that the identity of the killer may lie with an autistic eight-year-old boy. With inner-city tensions at an all-time high and the community calling for blood, Jess must race to save an innocent child-and prevent a final, horrifying act of rage.

This title is due for release on December 31, 2013
We'll send you an email as soon as it is available!