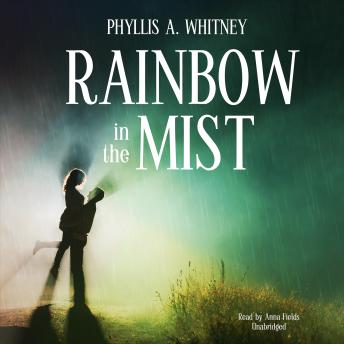 Rainbow in the Mist

Christy Loren has come to fear her gift of clairvoyance, an unwanted legacy from her mother, a famous psychic. Without warning, visions envelop her-visions that have guided the police, too late, to the bodies of murder victims. To escape these horrors, Christy flees her home in Long Island to seek peace and safety in the foothills of Virginia's Blue Ridge Mountains and the reassuring presence of her down-to-earth aunt.
But she finds that threatening mysteries await her in those mountains-mysteries that surround a writer's recent death and the disappearance of the unearthly, enigmatic Deirdre. Christy senses secrets locked in the heart of Deirdre's tormented husband, with whom she fears she is becoming too emotionally involved-and haunting Deirdre's troubled son.
Caught in this ominous web, Christy must come to terms with her unwanted psychic powers. As she is drawn into the search for Deirdre, she sees with increasing clarity that the mysteries have a connection to a blood-chilling dream that haunts her. In trying to escape her fate, she has unwittingly embraced it. Now, to uncover the truth, Christy must confront her gift of precognition and her dream. The shocking truth will bring her face-to-face with real and terrifying danger.

Rainbow in the Mist